As we have written for the last 10 years or more, the sensible investor’s key attribute is patience, and it is easier to be patient when one has a deep understanding of market fluctuations and the regularity with which they occur. It is also easier to be patient when you have your near-term fixed spending needs in something liquid like cash or a cash equivalent, coupled with manageable debt levels.

We would suggest that the answer to both of these questions is a resounding no, yet more energy is wasted on these two activities than any others as it relates to investing. Investors would be wise to continue to focus their energies on things they are certain about and which they can control, such as their cash needs and spending levels, and then investing funds that they do not need for a period of five years or more for the long-term. 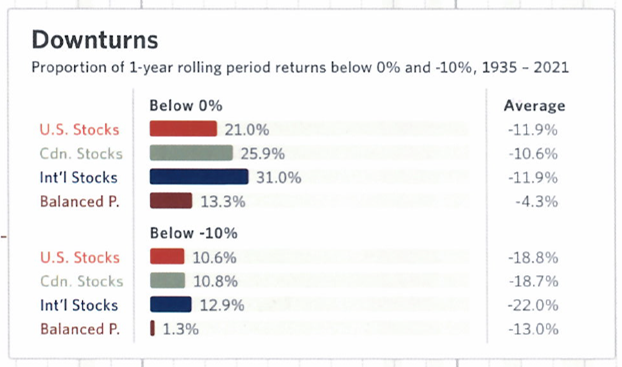 Currently, the world is digesting the war in Ukraine, rising interest rates and inflation, a quick inversion of the yield curve in April, and perhaps even the ever polarizing Elon Musk buying Twitter! This is producing normal market fluctuations as compared to last year’s smooth market, which was absolutely abnormal. Just as a snow storm during spring in Calgary is a normal weather fluctuation, this is the same way we should treat normal course fluctuations or pullbacks in the stock market.

What the world is not thinking about these days, is that in the 1800s life expectancy was around 30 to 40 years and by 1950 was still only 66 to 71 years. It is above 80 years now in developed nations thanks to clean water, sanitation and a reduction in infectious diseases. This is often called the longevity miracle of the 21st century and it is often attributed to the world's innovators, past and present, in healthcare, medicine, technology, food science, etc., and it is just a single example of the power of long-term innovation that we rarely think about, just as we barely think about the running water, electricity and Wi-Fi in our homes. They are all, nevertheless, powerful.

The majority of the world is also not thinking about the fact that a former co-founder of Paypal, who spent a summer working on a farm in Swift Current, Saskatchewan, invested in and subsequently took over an electric car company that has a market capitalization bigger than Ford and GM combined, is now within reach of taking the world’s town square, Twitter, private.

This is being done with the goal of preserving free speech, which has always been a foundation for democracy and the economic engine that has brought billions out of poverty. Regardless of how you feel about Elon Musk, or his tweets, at the very least the growth of Musk’s companies is a testament to an economic system that allows and encourages innovation that makes life for the average person today materially better than even the wealthiest person in the early 20th century.

Making decisions for your future is more rational when you base those decisions on the current state of affairs, not what happened in the recent past and projecting it out indefinitely.

In 1963 Benjamin Graham, renowned in financial circles as Warren Buffett’s teacher and considered by many to be the father of value investing, delivered this timeless speech.